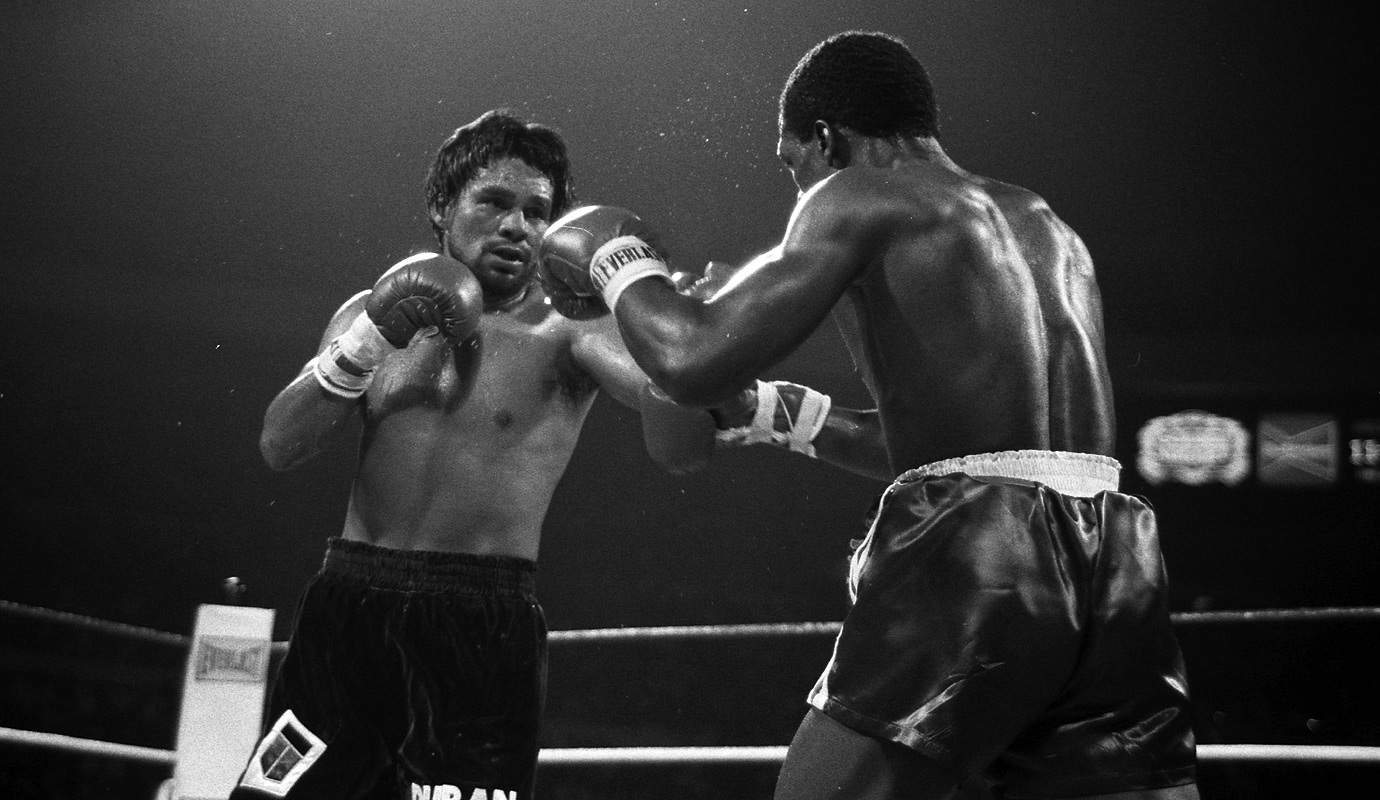 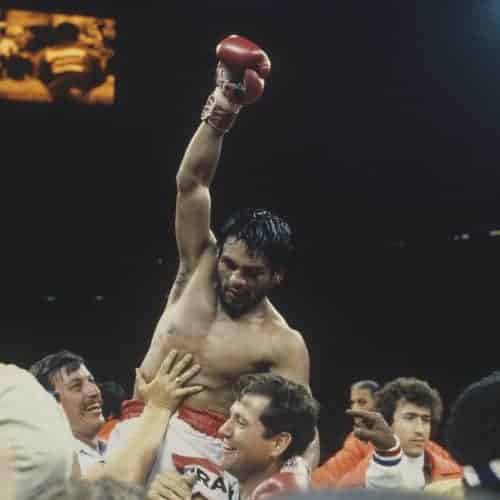 Roberto Durán Samaniego is a Panamanian former professional boxer who competed from 1968 to 2001. He is a four-weight world champion, having held titles at lightweight, welterweight, light middleweight, and middleweight; as well as reigns as the undisputed and lineal lightweight champion, and the lineal welterweight champion. He is also the second boxer to have competed over a span of five decades, the first being Jack Johnson. Durán was known as a versatile brawler and pressure fighter, which earned him the nickname of "Manos de Piedra" ("Hands of Stone") for his formidable punching power.