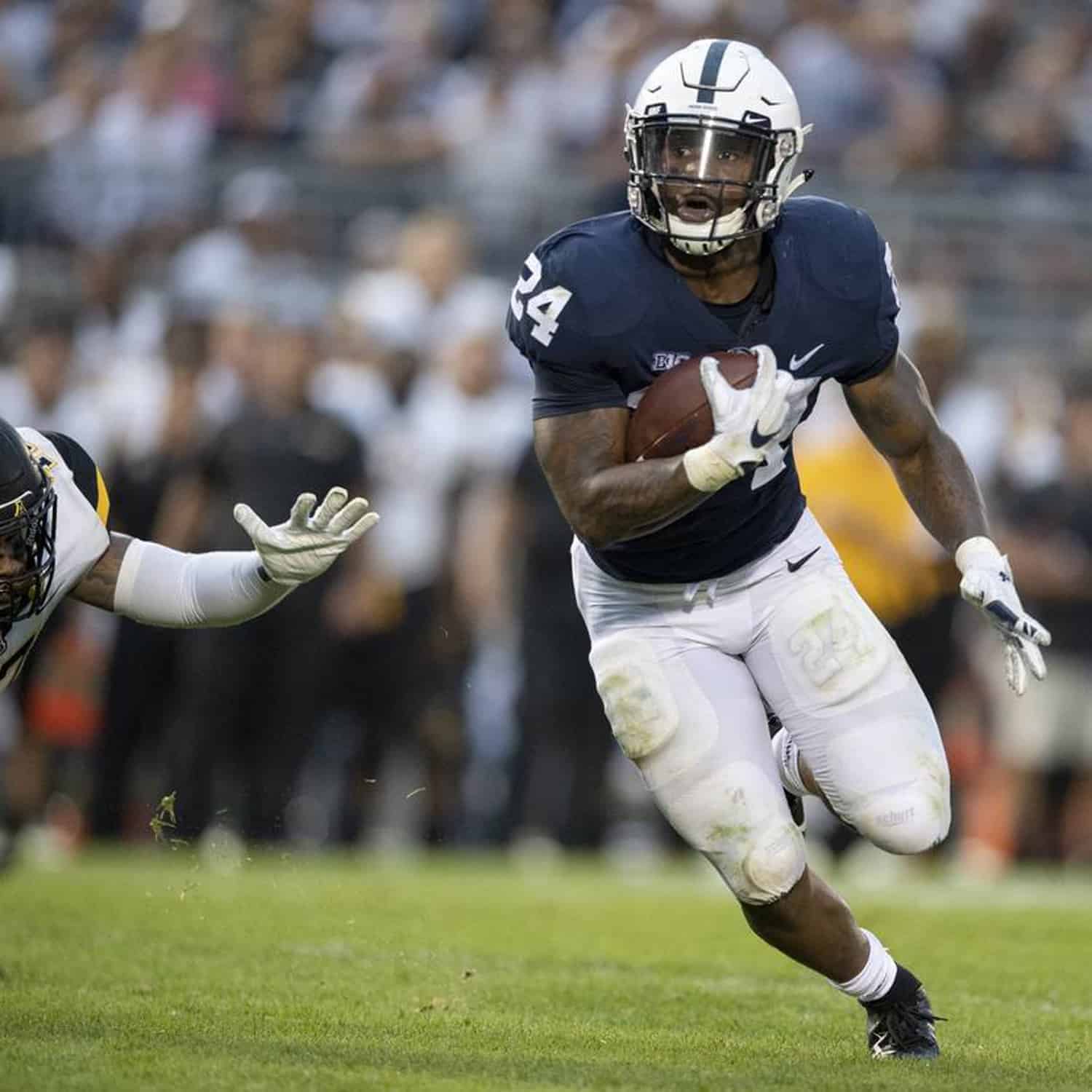 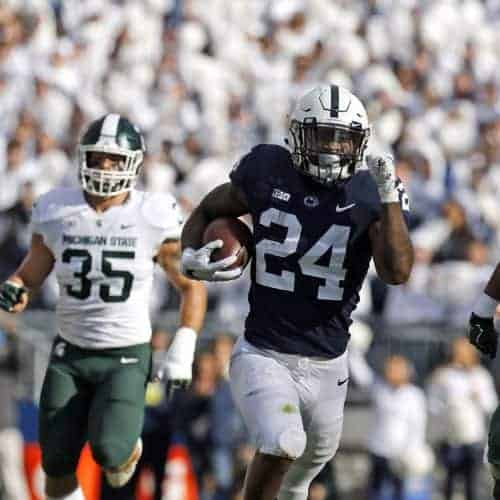 Miles Sanders is an American football running back for the Penn State Nittany Lions. Sanders won Pennsylvania's Mr. Football award in 2015 and ran for over 4,500 yards during his career at Woodland Hills High School in Pittsburgh. Sanders signed with his home-state Nittany Lions and shared time with NFL rookie stand-out Saquon Barkley in 2016 and 2017. With Barkley off to the NFL in 2018, Sanders took full advantage by running for 1,274 yards and nine scores, earning himself a second-team All-Big Ten selection and the team's Most Valuable Offensive Player award.