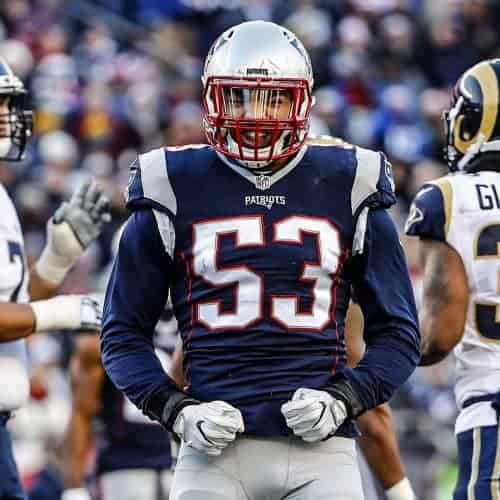 Kyle Van Noy is an American football linebacker for the New England Patriots of the National Football League (NFL). He was drafted by the Detroit Lions in the second round of the 2014 NFL Draft after playing college football at Brigham Young University (BYU), where he was recognized as the 2013 Independent Defensive Player of the Year.

On October 25, 2016 the Lions traded Van Noy to the Patriots. Van Noy has made three consecutive Super Bowl appearances since joining the Patriots, winning Super Bowl LI and LIII. As a key contributor to the Super Bowl LIII victory, he finished with 3 tackles, a sack and a tackle for loss.