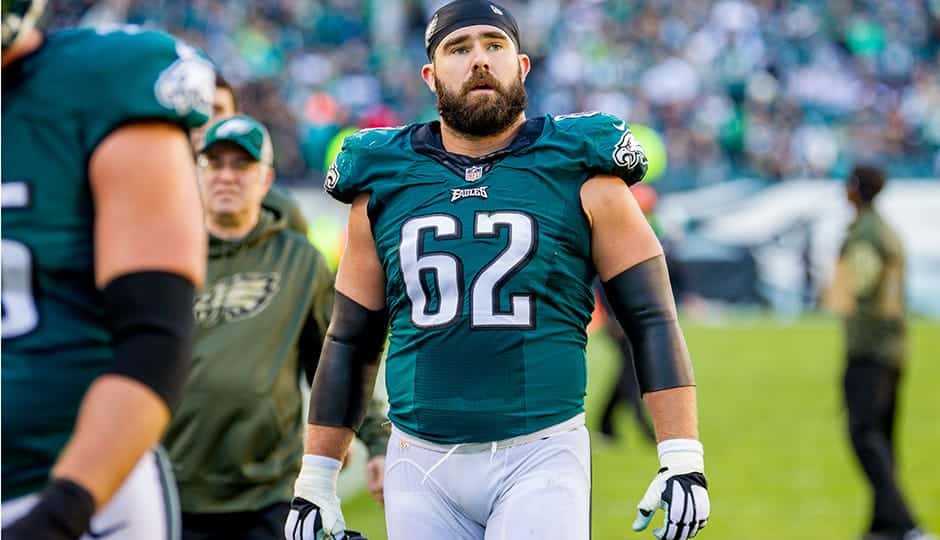 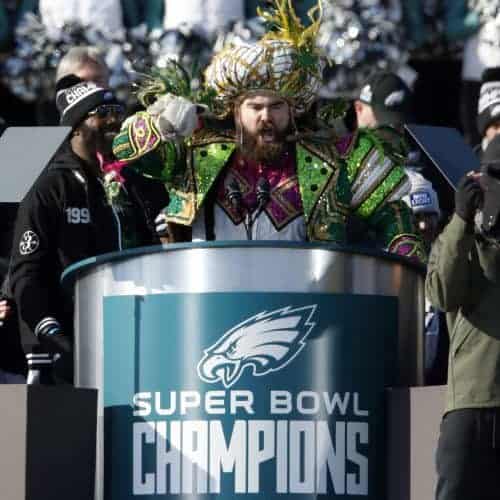 Jason Kelce is an American football center for the Philadelphia Eagles of the National Football League (NFL). He was drafted by the Eagles in the sixth round of the 2011 NFL Draft. He played college football at Cincinnati. Kelce is a Super Bowl champion, two time Pro-Bowler and was selected to the 2017 First Team All-Pro. In 2017, Kelce started in all 16 games and was selected as a First-team All-Pro and was the highest rated offensive lineman by PFF. He also won Run Blocker of the Year by PFF. He won Super Bowl LII with the Eagles after they defeated the New England Patriots 41–33. During the Eagles’ Super Bowl parade on February 8, 2018, Kelce garnered national attention after giving an impassioned speech where he defended his teammates, coaches, and front office and compared Eagles fans to hungry dogs who “for 52 years have been starved of this championship,” while famously dressed up as a mummer. 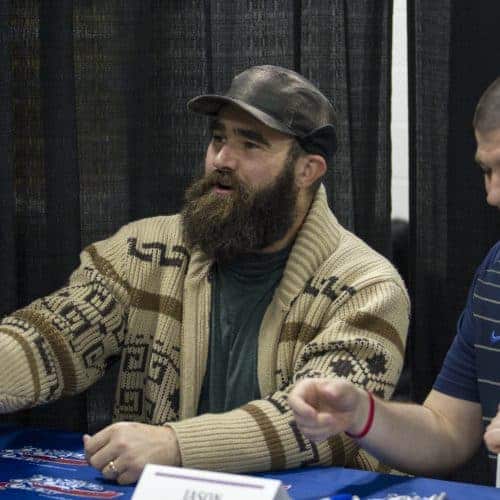 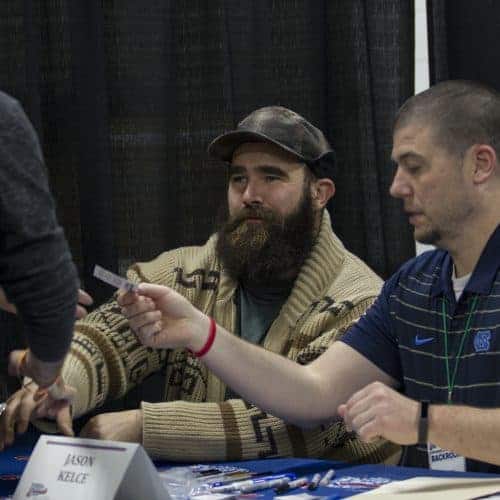 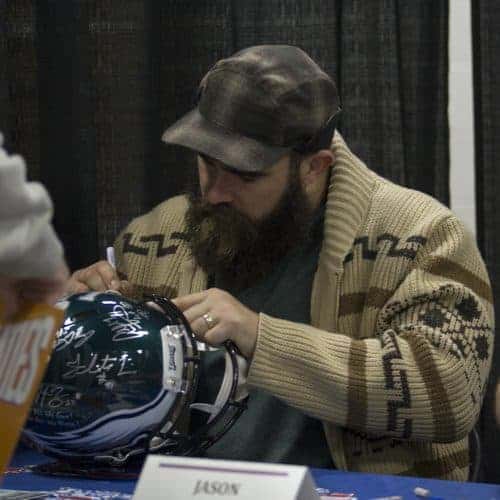 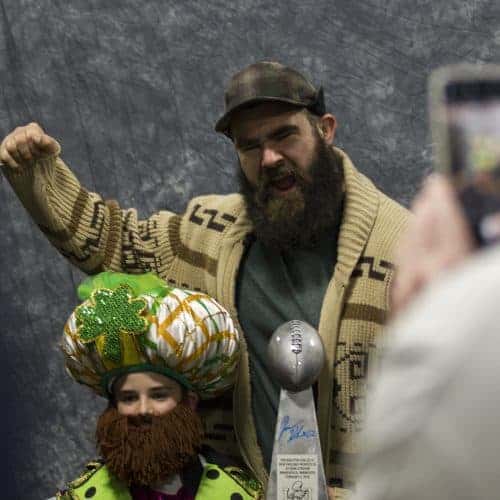 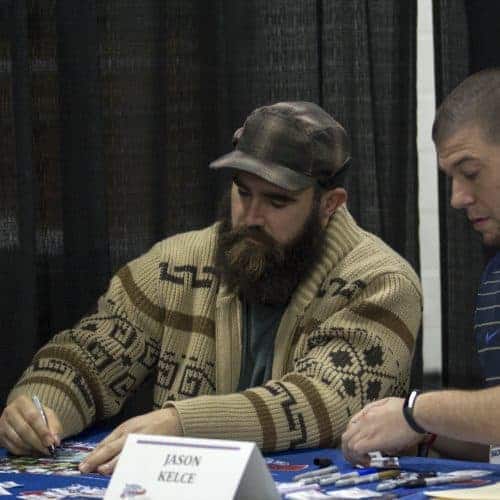