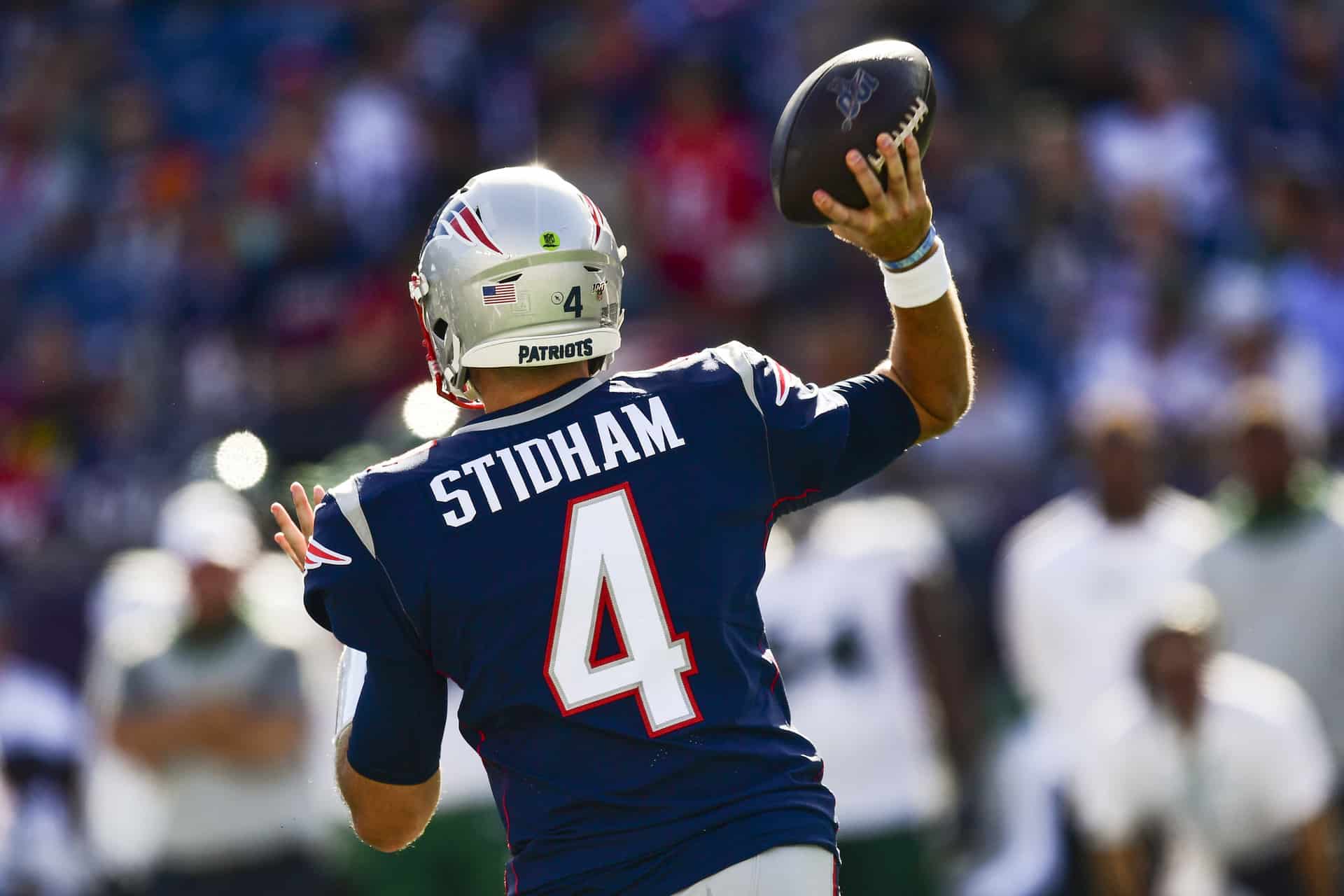 Jarrett Stidham is an American football quarterback for the New England Patriots and is expected to step into the starting role for the perennial Super Bowl contenders in 2020. He began his college football career at Baylor before transferring to Auburn and becoming their starting quarterback for the 2017 season. The Tigers became SEC West Division Champions, appearing in the Peach Bowl, after victories over top-ranked Georgia and Alabama. Following the season, Stidham announced that he would forgo his final year of eligibility and declare for the 2019 NFL Draft, where he was selected by the Patriots.