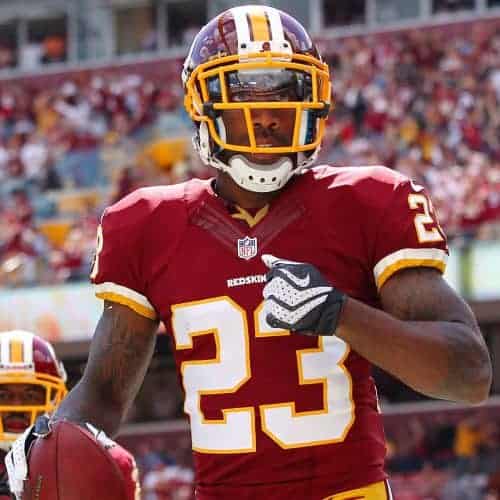 DeAngelo Hall is a former American football defensive back who played 14 seasons in the National Football League (NFL). He played college football for Virginia Tech and was drafted with the eighth overall pick in the 2004 NFL Draft by the Atlanta Falcons. A cornerback for the majority of his playing career, he transitioned to free safety towards the end of his tenure with the Washington Redskins. Hall also played half a season for the Oakland Raiders.

Hall was invited to three Pro Bowls in his career: two with the Falcons and one with the Redskins. In 2010, he tied an NFL record by recording four interceptions in a game against the Chicago Bears. He also holds the NFL record for most fumble return yardage in a career, while his five career fumble return touchdowns ranks second behind Jason Taylor. Following his playing career, he began working as an on-air analyst for NBC Sports Washington, Fox Sports 1, and NFL Network.