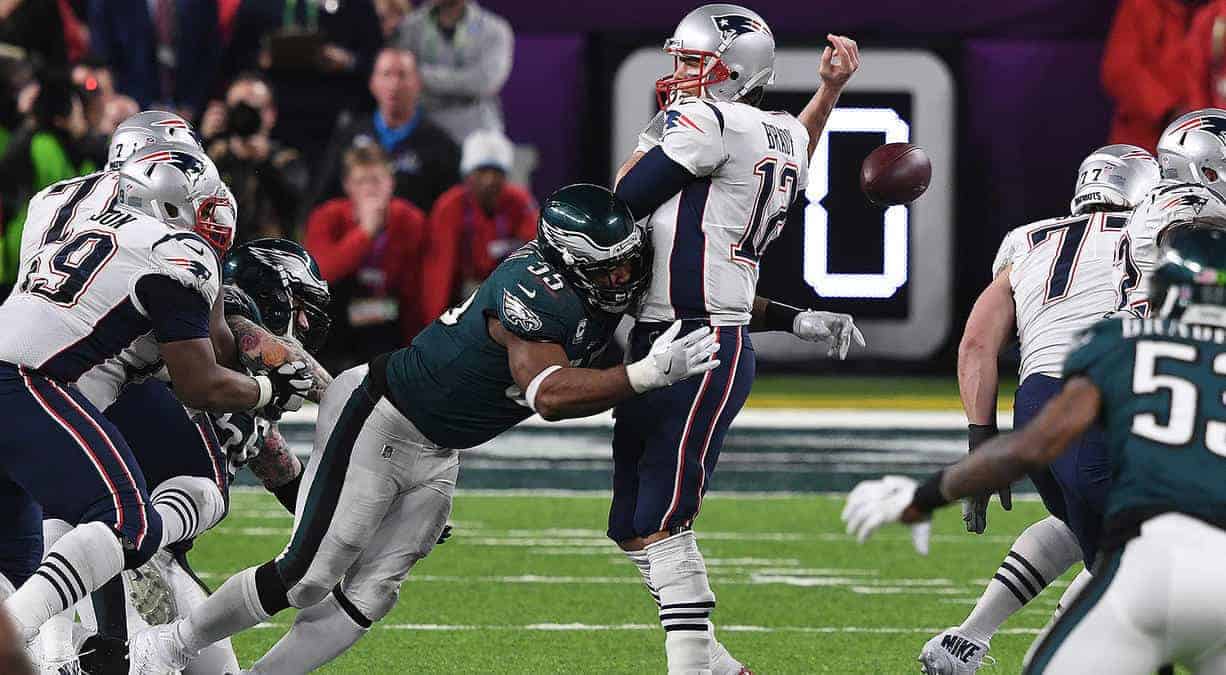 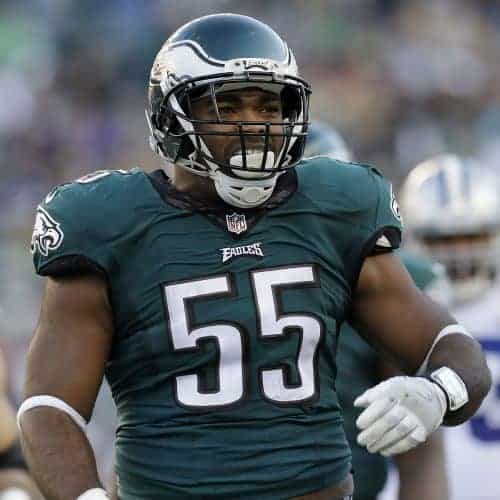 Brandon Graham is a defensive end for the Philadelphia Eagles of the National Football League (NFL). He was drafted by the Eagles in the first round of the 2010 NFL Draft with the thirteenth selection in the draft. He led the Super Bowl LII champion Philadelphia Eagles in quarterback sacks with 9.5 during the 2017 NFL season and posted a pivotal strip sack in the closing minutes of the Super Bowl victory.