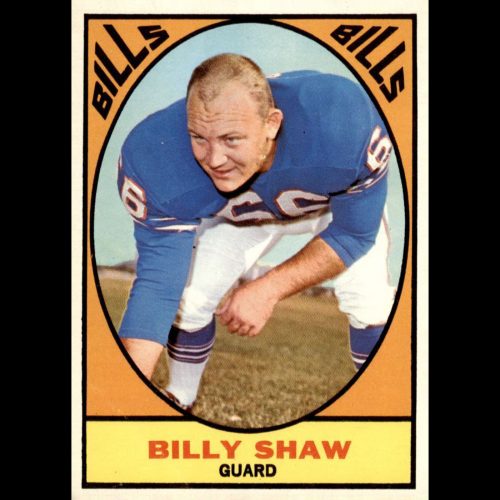 Billy Shaw was selected by the Buffalo Bills coming out of Georgia Tech in 1961 and was a force for the team throughout his career. Shaw was an 8x AFL All -Star, 7x All-AFL selection, 2x AFL Champion and is a member of the AFL All-Time Team. He has been selected to the Bills Wall of Fame, the Bills 50th Anniversary Team, and is the only player inducted to the Pro Football Hall of Fame to have never played in the NFL.

**Signings are usually scheduled for within one week of the posted deadline. Return shipping times will vary based on the exact date and signing location. Return shipment notification will be provided via email after the signing is complete and orders have shipped.**